The word Lent (as in “the season of,” not a form of “to lend”), we’re told, comes from an Old English word meaning spring. That being the case, if ever we truly needed Lent, this would be the year … at least in northern climes. Despite fairly late start to Lent this year, Ash Wednesday found us still very much in the grasp of winter. The now notorious polar vortex once more slipped south from its proper axis less than a week before the on-set of Lent as March came in, not so much like a lion, but rather as a polar bear. Facing sub-zero temperatures yet again, how we longed for some glimmer of spring.

As Lent progressed, things did warm … at least for a few days … here and there. With warmer temperatures the snow and ice began to melt. But that’s not necessarily an improvement. Cleared of the snow cover, the dormant grass shows brown and dead-looking. Mostly white banks of snow melted into dirty humps of frozen snow and ice and dirt accumulated from passing cars and each time another plow pushed the previous sprinkling of sand after a new fall of snow. As layers of packed snow and ice finally melted from roadways, sand and dirt and all kinds of stuff that had been scattered during the snows collapsed into a single layer of mess all over the streets. And then there are the potholes … lots and lots of potholes carved out by the expansion of water as it freezes and contraction of water as it thaws and eventually evaporates.

The whole landscape around is screaming for renewal … for heavy cleansing rains to come and wash the dirt and grime away … for longer days with more sunlight to revive the grass … for someone to come and do something about all the awful potholes. But even the potholes need to wait until the spring warmth to come and dry things so proper repairs can be made; until then, the only thing that can be done is temporary filling. “Meteorological spring” had come well before Lent. Astronomical spring was in sight by the start of Lent. But still we waited and watched for the thawing … for the sun … for warmth … for cleansing rains.

It’s a lot like liturgical Lent, isn’t it? The word itself may be rooted in spring. But the practices themselves are rooted in a period of preparation for new Christians to be baptized at the Vigil of Easter. Lent is about getting back to baptism, about taking seriously both the death and resurrection of Jesus and how that dying and rising is connected to our own lives through that singular act of baptism. 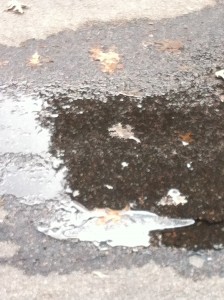 Like the world outside my windows, the landscape I’ve been walking through and moving within these last weeks, Lent is a time of longing for renewal … for cleansing water that will wash us and all things new … for renovation and repair work to our damaged lives and damaged relationships … for light to see better so we can know better and do better … for warmth of loving embrace that will hold us forever and never let us go … for new life instead of death and decay. This year, it isn’t just our thoughts that are turning to the ways of Lent; creation is crying for rebirth and renewal and we are crying out with it.

Although it’s acquired a focus on individual personal piety in recent decades, Lent is, at its core, a communal practice. A sense of communal practice remains as we gather for special prayer services at midweek or forgo the word “Alleluia” in our worship services or do some things a little bit differently. We may be encouraged to take on some extra spiritual practice or disciplines (often as a group) or give something up … in the company of others or just privately.  Much of this communal sense has been at least obscured, if not altogether lost, in recent American practice in which the practice of “giving something up” has received the most emphasis. The focus in this practice is to participate in some way in the suffering and sacrifice of Jesus on the cross – even if it is in some small way. It can be a useful formative practice as a way of breaking a bad habit or a vestige of the old practice of fasting (which was more of necessity in the past before the development modern food delivery systems and refrigerators and freezers). But it’s less about the community and more about the individual. The emphasis on sharing in the sacrifice also accents certain theories of atonement (like, I’m such a bad sinner and it’s so horrible Jesus had to go through all that because of me and my sins). 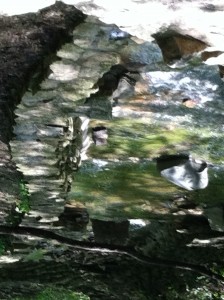 As a correction to that trend toward individualism and private personal piety, congregations here and there have taken to reviving the ancient practice of the catechumenate, an intentional preparation of candidates to receive the sacrament of baptism. It’s not really the classic “believer’s baptism,” requiring a public profession of faith as proof that one is worthy and ready to be baptized. It’s more about informing those seeking to be baptized as to just what it is they are entering into with baptism. It’s a shaping process to prepare them for life as part of a faith community … a community that embodies the dying and rising of Christ and together lives as the risen body of Christ in the world.

A return to a sense of preparation for baptism is a return to the central mystery of the day marked by Maundy Thursday, Good Friday, and Holy Saturday … the mystery of Jesus’ crucifixion, descent into death, resurrection. We don’t so much puzzle it out as we do participate in it … kind of like the sacramental practice of baptism. We don’t fully understand what we’re doing, but we participate in it and live it out.

Martin Luther described baptism as the daily garment of a Christian, rising each day afresh from sleep (which is a little like death) … dying each day a little more to the self that seeks nothing but itself that Christ might live a bit more fully. In the midst of a spring that seems not to come, a creation crying out for renewal, maybe I’m feeling the return to baptism and the resurrection promise a little more strongly this year.

And it’s not just creation that needs renewal. It’s not just a stuck place in my own life that feels like I’ve been waiting for spring, for the river of life to thaw for four years now. The more I look, the more longing for renewal I see.

Much has been said (and will continue to be said for some time) about the decline of congregations … declines in numbers of people attending regularly … declines in financial support … declines in position of influence and prestige in society. Perhaps the reasons for the declines are in the proof of the decline. For too long, there’s been too much focus on the numbers – how many members on the rolls? how many dollars in the collections and the budget? how many square feet in the building? how many programs are operating? But what does any of this have to do with the good news of what God has done in the life, death, and resurrection of Jesus – and what God continues to do in the world through what Christ has done? Perhaps the renewal of our congregations is in returning to the central story of the gospels, the mystery of our faith.

God knows we need a renewed people. The communities around our churches are struggling in so many ways. Our political institutions struggle as well … and those struggles are innately connected to the struggling in our community. Red or blue … Democrat or Republican … state or national … it doesn’t make that much difference. The story is always the same: everything is about the next election. What vote will avoid having to face a primary challenger? What position will keep large dollar donors contributing to the campaign fund? Those are the governing principles – not the tasks of leadership and the needs of the community. During this season of Lent, the Supreme Court handed down yet one more decision that guarantees the continuing flow of huge dollars from singular donors to their favored mouthpieces. Neither party is privileged in this; both have their share of ultra-rich donors. 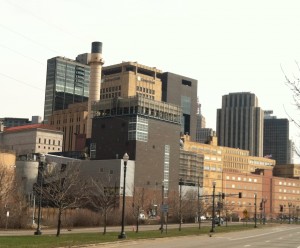 But what the decision does is prioritize the concerns of “the 1%” over the rest of us – and their concerns are very different from those of “the 99%”, the rest of us. If money equals speech, then the wealthy have more speech than the poor … and their votes count more than others. So much for equality.

Our society cries out for renewal and leadership won’t be bringing it – not anytime soon. A renewed society will have to arise from new people just as the renewal of our congregations depends upon people raised up and empowered by the Spirit … living out the resurrection of Christ towards which we journey in Lent … which is ever and always the goal of our Lenten practices. It’s not just about Jesus’ resurrection as proof of life after death and guarantee of heaven when we die. It’s about living in the resurrection starting here … starting now … starting with each believer joined to the community of faith through this death and resurrection that is mirrored in baptism.

It starts with Jesus … but then it comes to us. We, as Christians, join him in his dying and in his rising. Now, his resurrection is happening within us; his life is becoming our own life. Our call is to carry on with the work he started – to bring the vision of God’s dream for the world … a dream reflected in images of Eden and of heaven, of peaceful well-being with enough for all, of the sense of wholeness communicated in the word shalom – peace.

It starts with Jesus … but it doesn’t end there. His life comes to life in us and we are made new – new people in a new community who live in new ways … who live in such a way as to renew the world around them.  It’s kind of like these snowdrops … first one emerges and  then there’s a whole bunch of these small, brave early spring flowers opening their wing-like blossoms, braving the lingering cold and even snow, standing in bright green lively witness that spring is here … even when it doesn’t look like — or feel like it.  We are witnesses to the new life, to the new world that is coming forth in our midst — even if (and especially when) it doesn’t seem like new life is possible or that anything will ever change

The world around us is crying for renewal … for a renewed people of God to join in the work of making all things new. God is with us, alive and active, now and forever. Anything is possible…

Christ is risen! Earth and heaven nevermore shall be the same.

Break the bread of new creation where the world is still in pain.

Tell its grim, demonic chorus: “Christ is risen! Get you gone!”

God the First and Last is with us.  Sing Hosanna, everyone!